I gotta say, I think this combo looks pretty dope. 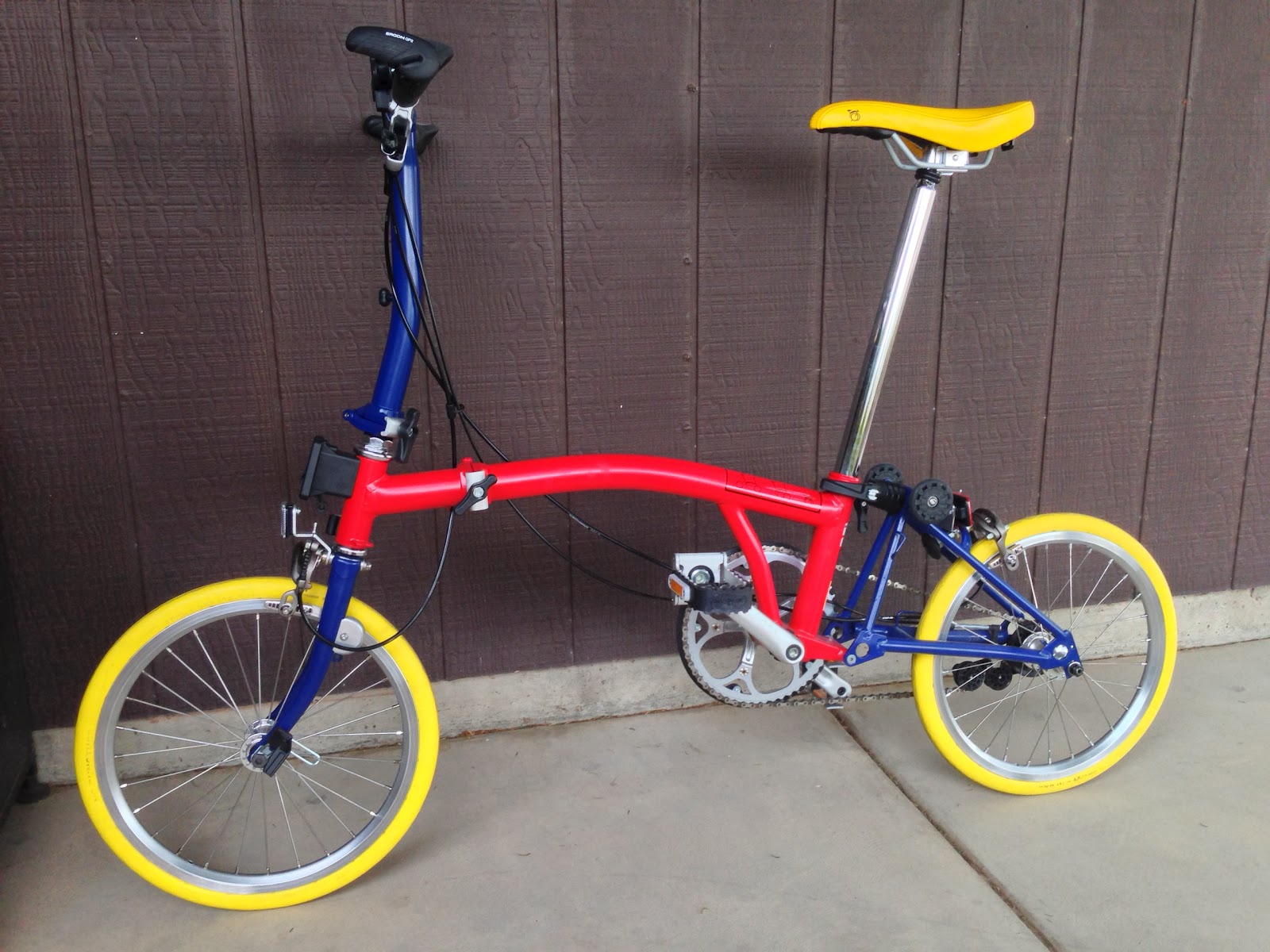 Back at Interbike, Todd was frantically searching for the Tannus stand. I had no idea who they were or what they did. When were found them, I discovered that they make solid tires.  Todd had read up on some Brompton riders who have had them installed and had varying levels of satisfaction with them. Some had loved them and others not so much. But the allure of having tires that were always ready to go and not worrying about flats had us dying to find out for ourselves (here's another review).

The Tannus tires for Brompton (the model is called the “Nymph” and is 16” x 1.25”) comes in two different hardnesses.  The softer one is supposed to be equal to about 110 psi and the harder one was about 140 psi.  I don't think this is accurate as they feel a little softer. Todd got a set of white soft tires and I opted for the yellow hard tires for the ODB (they come in a array of colors). 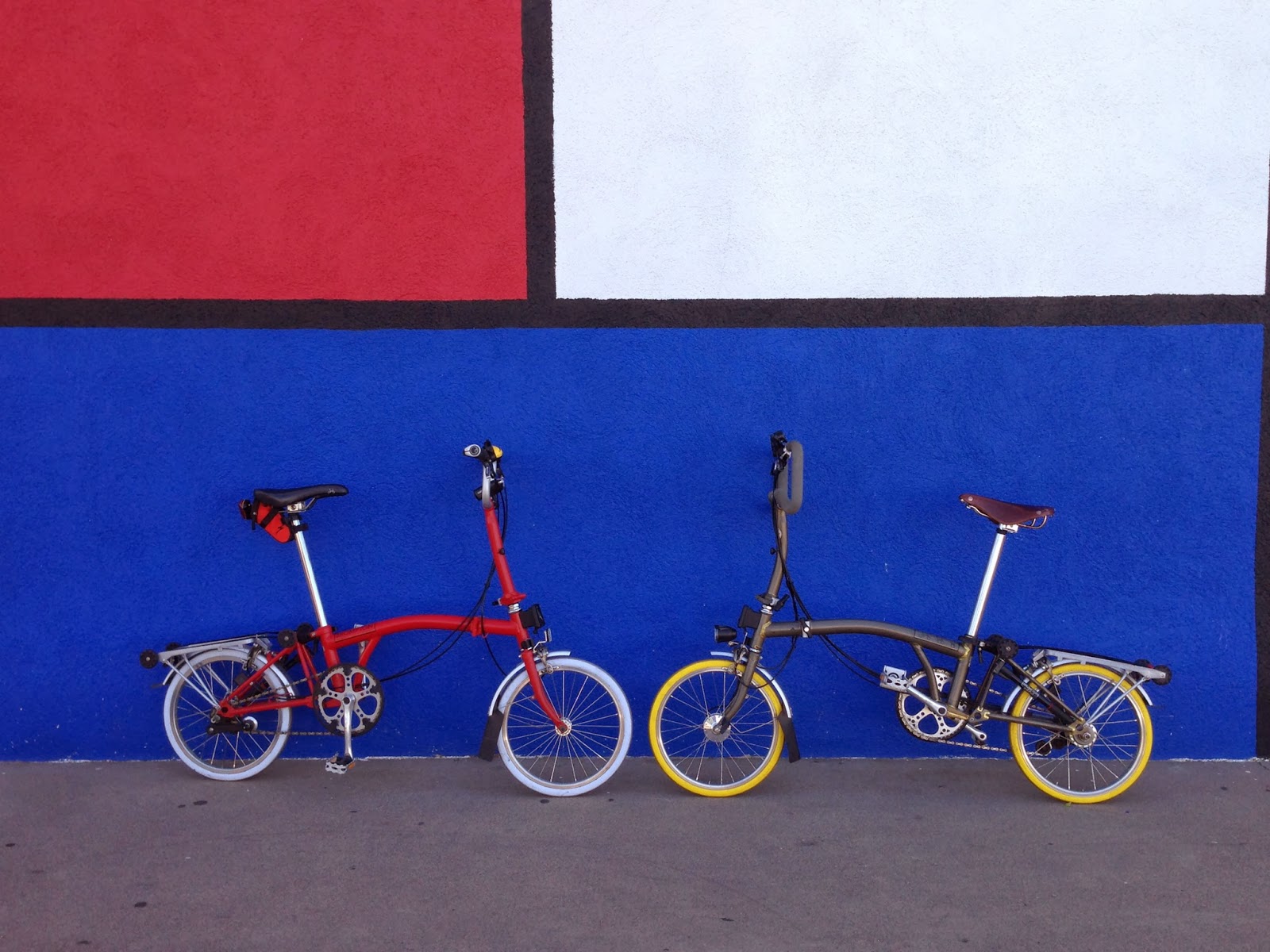 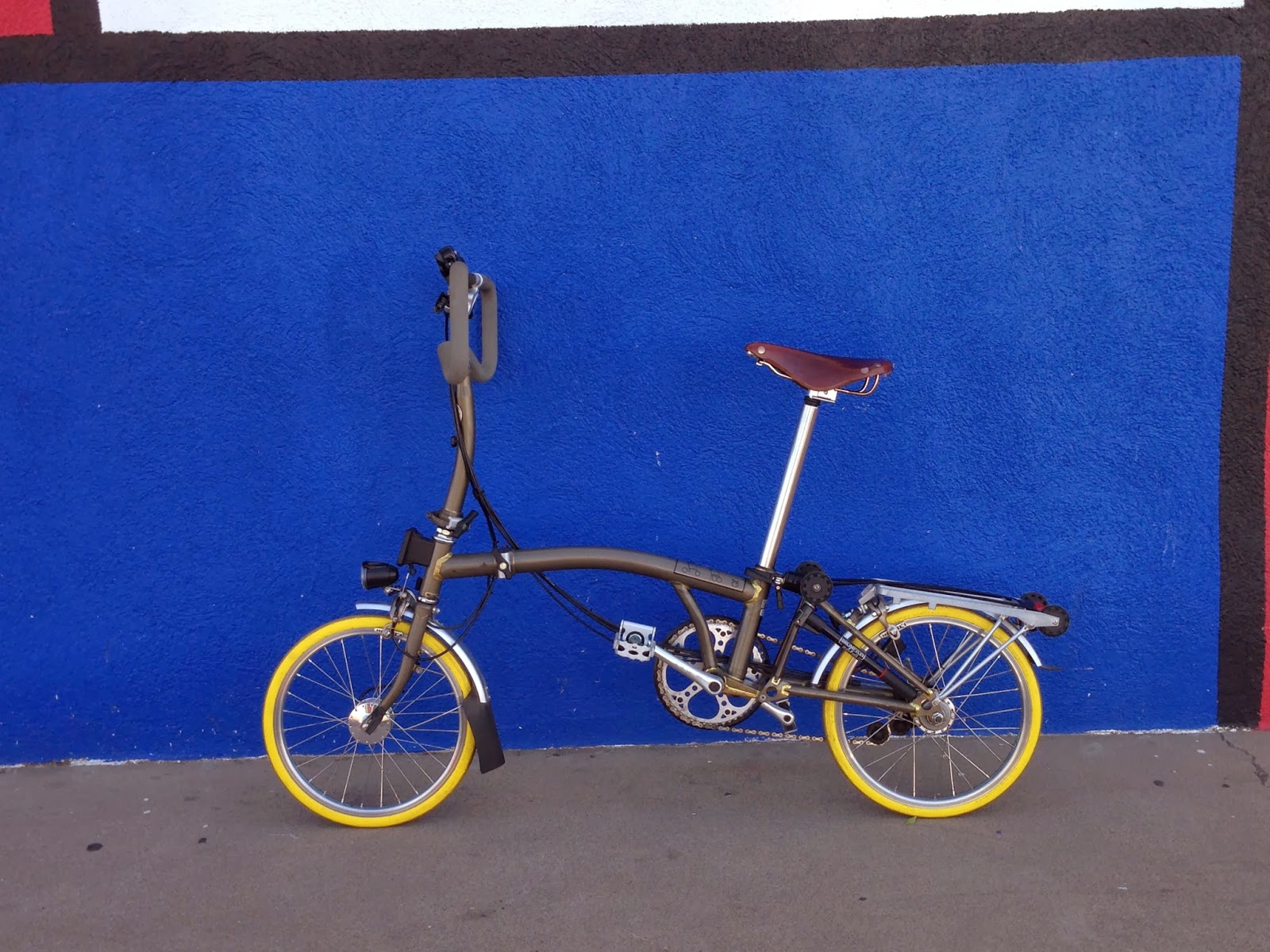 A word of caution here: these tires are a pain in the ass to install yourself without the specialized tools.   By specialized, I don’t mean bike tools, I mean Tannus tools. If you have the option, I recommend having a pro do the install.   Todd’s going to get a couple of how to videos up soon.

After taking off the old tires, one needs to insert these little tabs all the way around that lock the Tannus tires onto the rim. 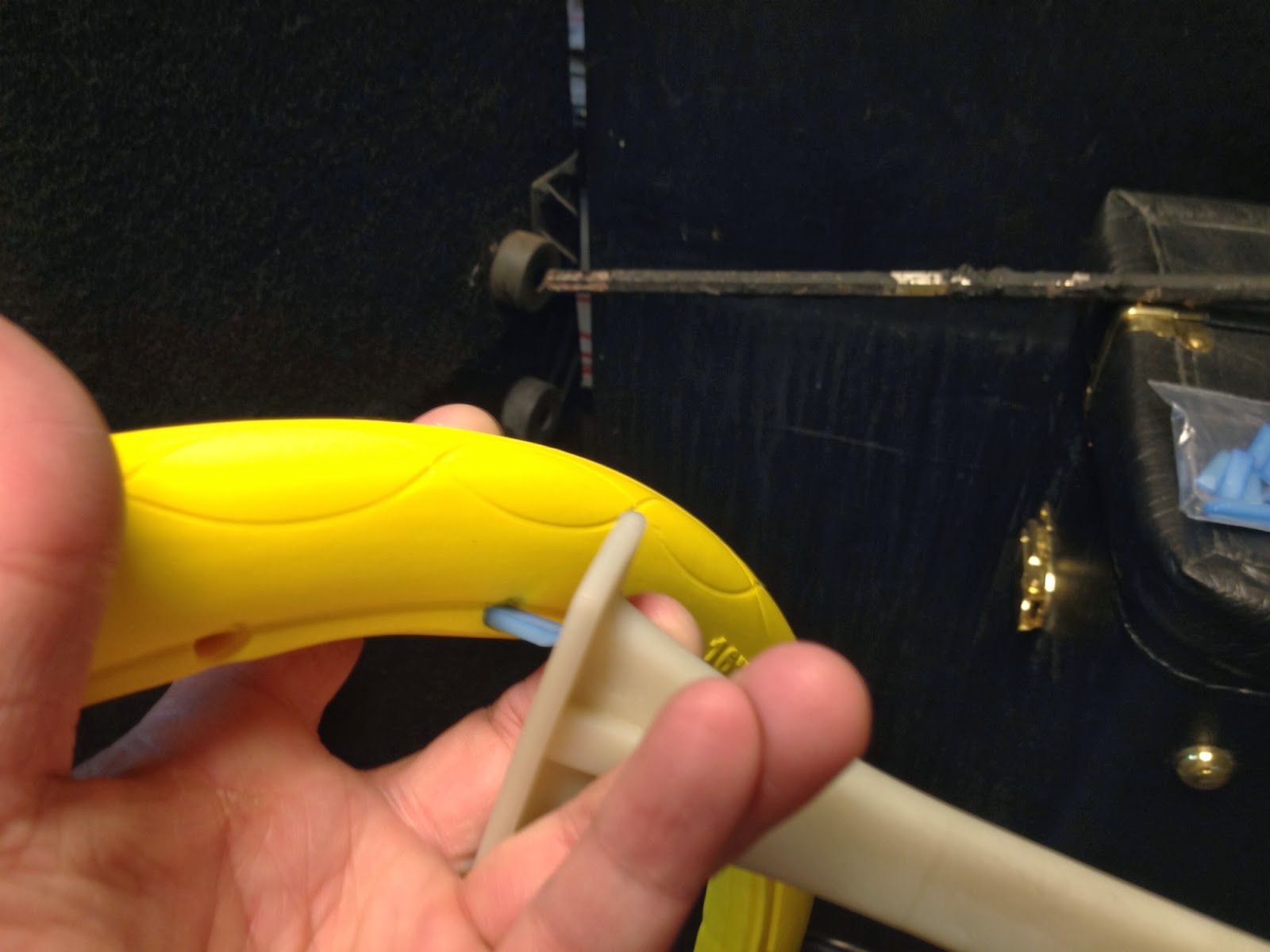 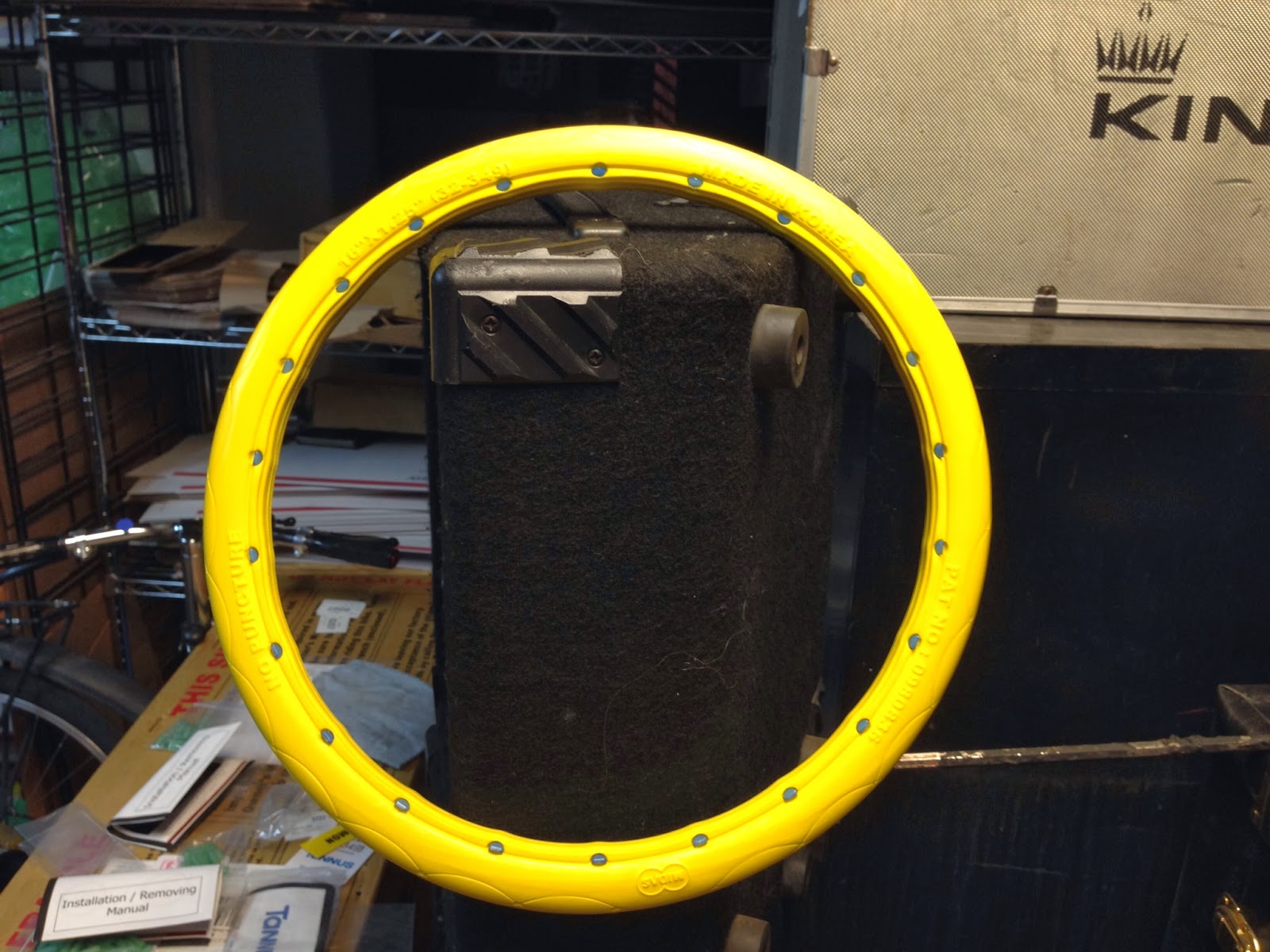 Now comes the hard part…putting the tire on the rim.  The Brompton sized tires, a lot of practice is needed before you can install them by yourself.  The first few installs Todd and I had to stretch the tires on together. 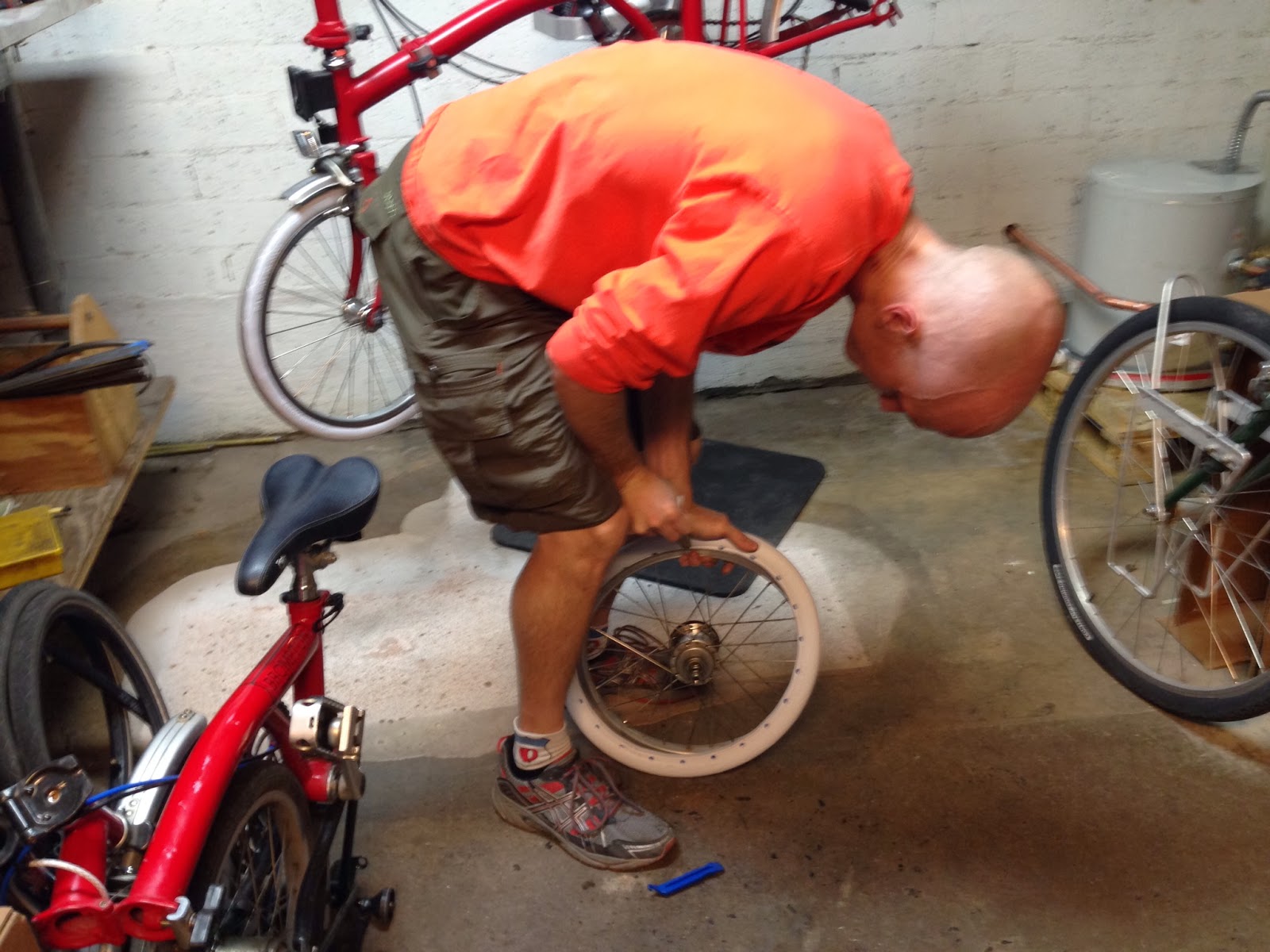 After the tires are on the rim, the tabs need to be pushed in underneath the edge of the rim to lock it in place.  The tabs are pushed in with this tool: 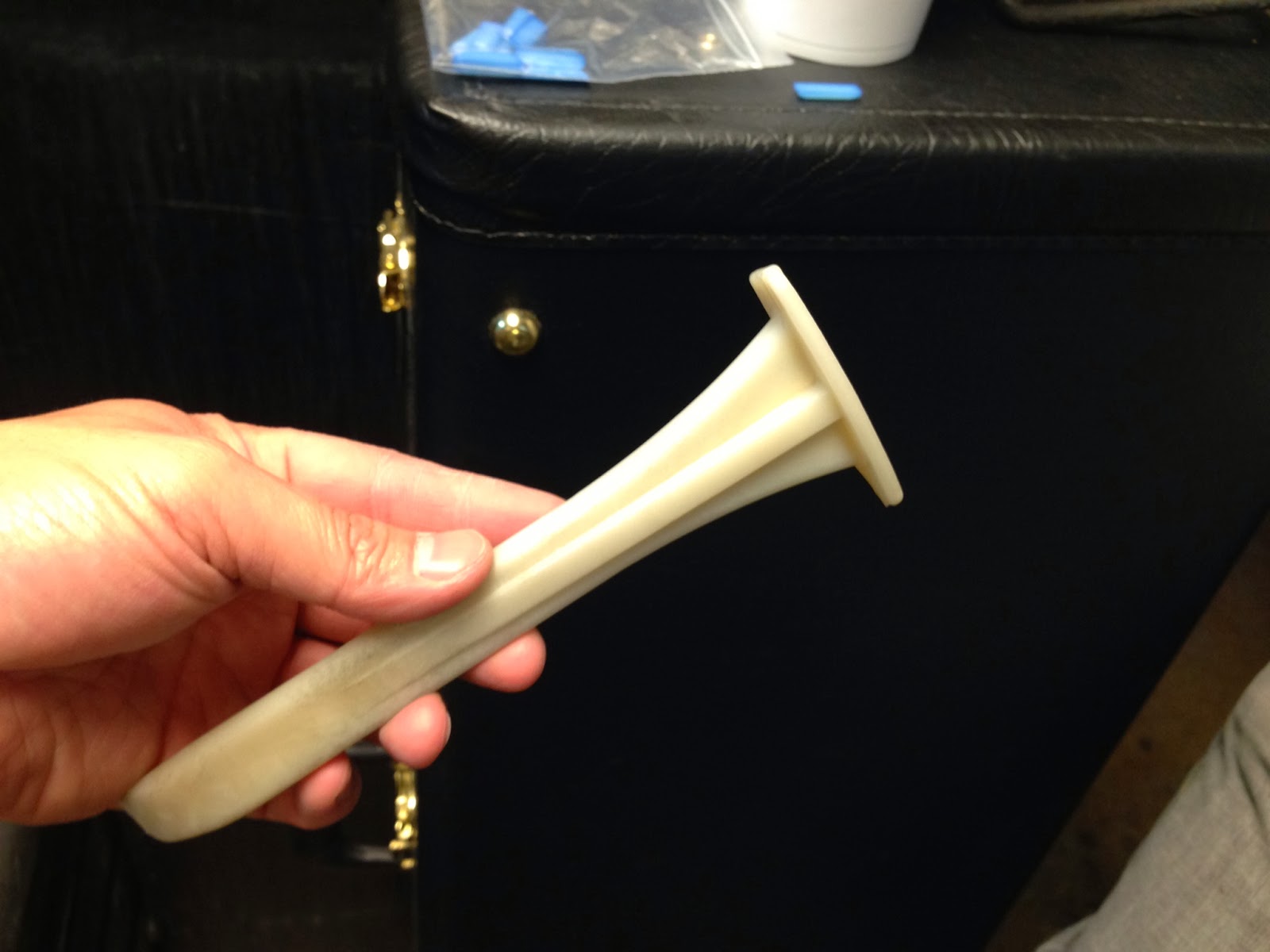 There is also another tool that makes this job much easier... it looks like a modified set of channel-locks.

First ride impressions:  the feel very damped and muted, especially before they are broken in (Tannus states that the tires break-in at about 100 miles).  It does feel like it takes more effort to go the same distance or speed as a conventional tire.  I’m going to try to put together some testing to get some quantitative results.
Posted by Unknown at 10:39 PM 9 comments:

I'm sure most of you have heard by now that registration for the 2014 Brompton World Championship is now live.  It will be held at Goodwood Motor Circuit for the second year in a row on July 26 & 27th.  There will be three events this year... the World Championship, the Marathon, and the Sprint.

I do not plan to go this year but I hope many of my readers will.  Perhaps next year for me.  Good luck to all of you who enter.

Here is the link to the registration.

Over the holiday, I was able to spend a day in New York City. 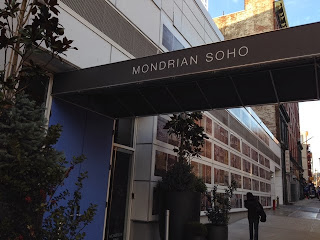 I was finally going to be able to check out famed folding bike shops NYCeWheels and BFold... or so I thought.

I first went to NYCeWheels on the upper east side and was greeted with this sign: 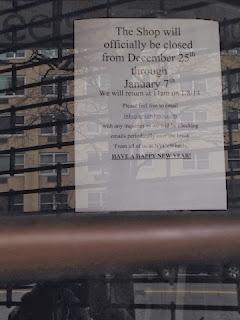 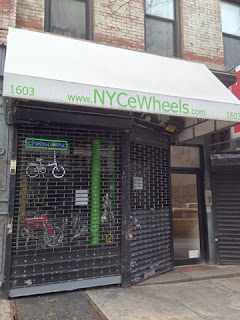 Oh well.  I headed back to SoHo to BFold and had a bit of deja vu: 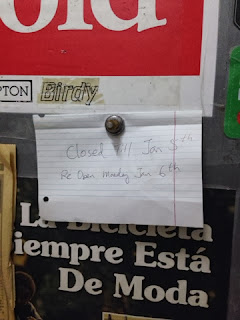 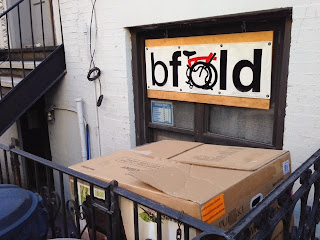 I didn't come away completely empty handed though.  I met with Jeff, the inventor of Bromfoot.  He has developed something really cool and wanted me to check it out and give him some feedback.  I can't really reveal anything until Jeff's ready to go public, but I'll do a post when that time comes.
Posted by Unknown at 11:01 AM No comments: