The Dirty one's quoted in the newspaper

Our local Brompton dealer here in Tucson, Metrognome Music and Cycle to Go, got a little write-up done in the local newspaper (The Arizona Daily Star).  The store owner, Todd, directed in interviewer to me to answer any questions she had for the article.  That was pretty cool.  She called me at my lunch hour at work, so I hope I didn't sound too dumb.


Click here to see the article.
Posted by Unknown at 11:07 PM No comments:

Sorry it's been so long, I've just seem to have gotten super busy lately.  In an attempt to try to catch up, I'm just going to crank them out quick and dirty style.

I was lucky enough to go to Interbike in late September which was held at the Mandalay Bay convention center in Las Vegas.  Got to catch up a little with the US Brompton reps, and also met some other characters from Brompton HQ (including Will Butler-Adams). 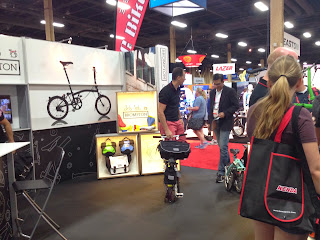 A couple of cool things that Brompton came out with were different colored saddles and grips, as well as a London Map flap for the S-Bag. 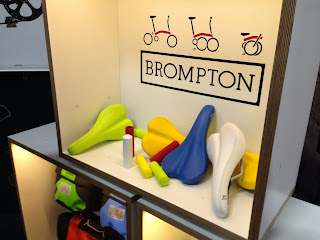 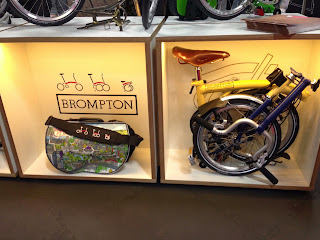 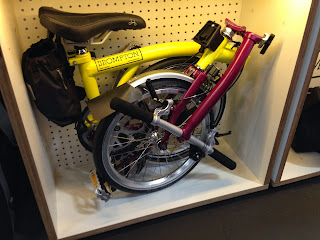 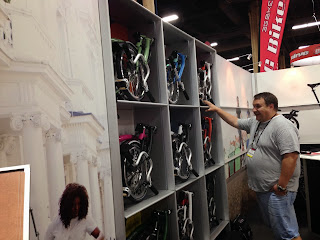 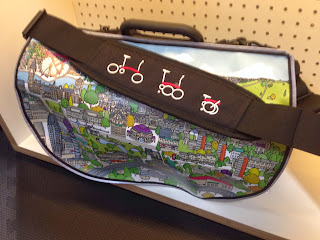 Here is a video (not mine) of the Brompton booth: