While I was jealous of those who were participating in the Brompton World Championship, I had to make do with the US Pro Challenge in Colorado.  This trip will be written in two or three parts, since there's a bunch of photos I'd like to put up.

I made use of my recently acquired B&W hard case and brought the Brompton along.  As I had mentioned before, I had to take off my Brooks saddle, which I wrapped in my riding shorts for protection. 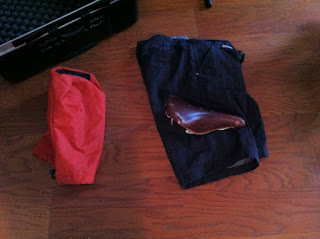 I also covered the folding pedal with an old sock to prevent it from scratching the frame (again). 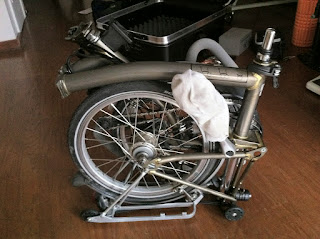 Here's the case loaded up... 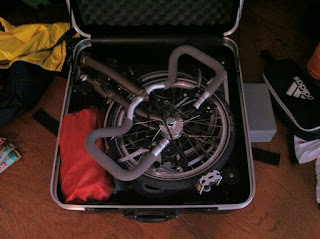 When I arrived in Denver, everything was still intact. 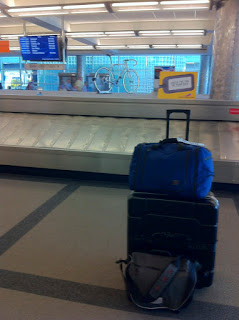 One day my buddy Saul Mora (head honcho for iOS app developer Magical Panda) and I rode from Highland Ranch to downtown Denver, which was something like 25 miles one-way.  Here's some pics from that excursion: 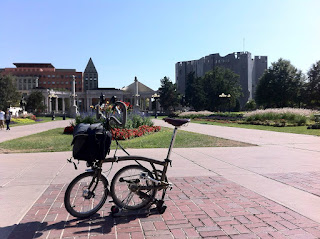 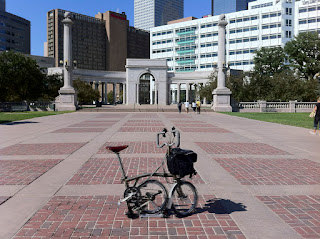 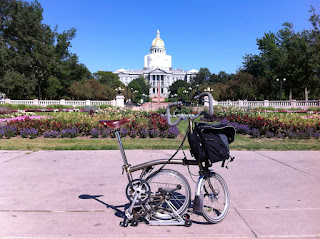 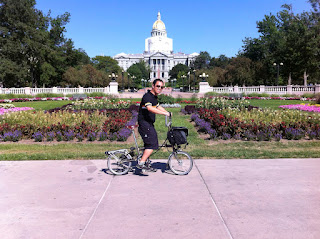 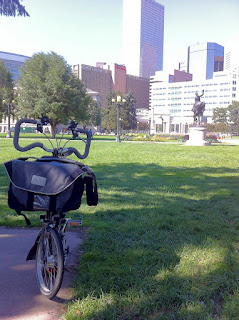 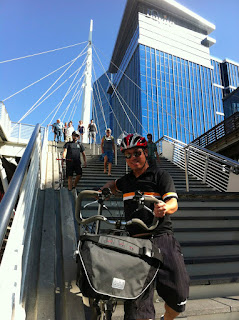 I must say that I am impressed with the hundreds of miles of bike paths in Colorado that are detached from car traffic.  It was a wonderful experience to cycle without having to constantly worry about being hit by cars.  I think I rode about 120 miles during my trip.  Also, no goatheads to worry about (although my Flat Attack would have probably taken care of them)!